When cast and crew were desperate for protection against the bloodthirsty insects deep in the swamps of Louisiana, and the growing concerns about the chemicals in conventional repellants, film medic Kris Butler came up with a naturalbug spray solution. Medic Murder Mix is a synergistic proprietary blend of seventeen pure essential oils. Not only does it keep the evil insects away, it also has aromatherapy benefits for clarity, peace and serenity that smell amazing. The base is enriched with vitamins A, E, Castor, Almond, and Apricot oils to help restore deep hydration on your skin and fine lines for your face without being greasy or sticky. Yes, it’s that good!

Natural Bug Spray Great in any environment around the world, on and off the map!

Naturally Repels Many biting and stinging insects for both humans and animals such as:

Fleas and ticks for both cats and dogs

Supports the body’s natural structural function to reduce redness, swelling and itching, resulting in a soothing effect for:

Medic Murder Mix natural bug spray has become an actor’s request among celebrities, and a necessity for makeup departments and crew on every film set! With this wide spread popularity, Medic Murder Mix has now found its way into retail stores across the United States, and even outside the country! Marketing to industries such as health and wellness, beauty, outdoor recreation, pets, and much more. 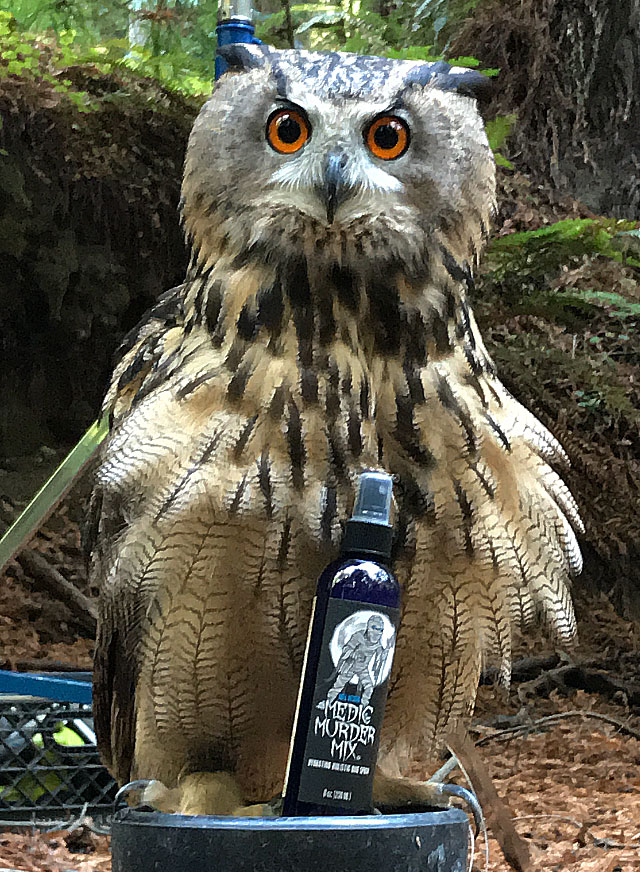 Hoo knew Medic Murder Mix would be such a wise choice?
and yes, he is real!

For ordering or product questions

Testimonies for all claims by consumers only. Kris Butler/Medic Murder Mix hydrating holistic bug spray does not make any medical claims for our products. No animal testing. Medic Murder Mix is a custom formulated protected proprietary trade secret blend.

Do not use if allergic to essential oils. Consult a physician if you are pregnant or have any medical concerns before using. Do not use in or around eyes, inner ears, or other sensitive areas. If a problem arises consult a physician for medical advice. Keep out of reach of children. Gentle for all ages. External use only.